Is this the photo of a ghost's hand in Peaches Geldof's photo?

Peaches Geldof, the daughter of Bob Geldof, lives in a very old English home that she believes is haunted by a woman who committed suicide over 100 years ago. When taking a 'selfie' photo, she discovered a an unexplained hand in the photo - One she believes belongs to the presence in her home... 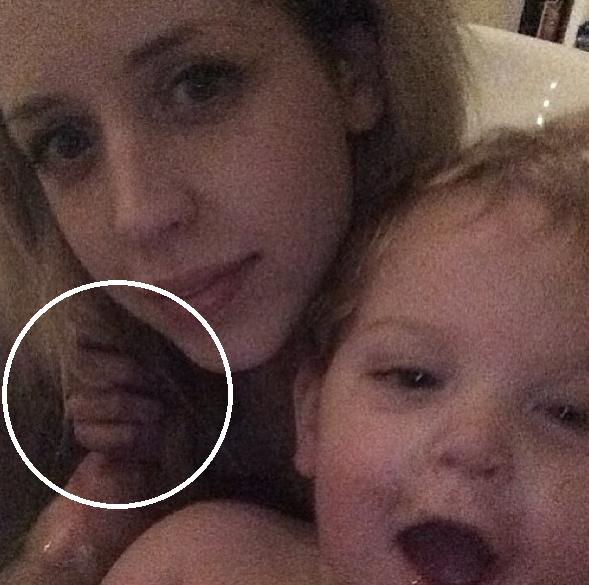 Daily Mail, Geldof said: "The house was built in the 1920s by a rich man and his pregnant wife. However, his wife had a stillborn baby and was so grief-stricken she went mad. She apparently drowned herself in the bath."
Is Peaches scared? She has been quoted as saying "The presence I feel isn't malignant or angry, rather maternal and friendly — the house has a lovely atmosphere. Maybe she's just making her presence known because she loves having babies around.''

Any Advice for Peaches?
Posted by JP at 1:33 PM