Video and Transcript: Robert Durst Speaks with a Demon

In what lawyers might refer to as "the elusive nature of truth"; The editors here at GVN believe there is far more going on here than meets the eye.

During the filming of Andrew Jarecki's documentary about the rumors of murder surrounding eccentric millionaire Robert Durst, Mr. Durst excused himself to use the restroom during an interview being recorded for the film. 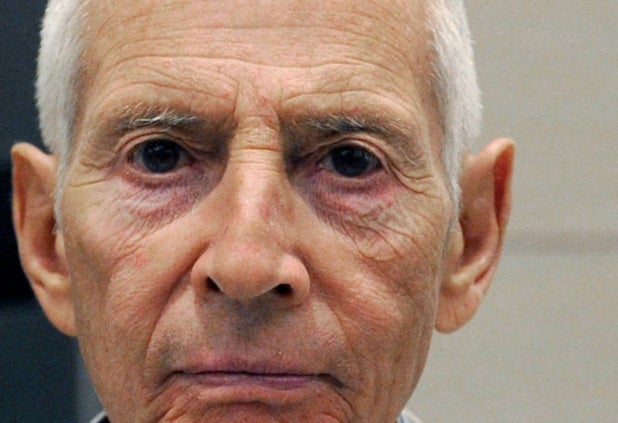 What Mr. Durst did not realize, was that when he went into the bathroom his microphone was still 'hot' and recording intimate details of his time alone in the bathroom stall.

Jarecki 'found' this audio during the editing process 2 years after it was filmed and was completely blown away by the 'confession' to murder that Durst appears to record while in the restroom.

Although Durst has since been arrested and charged with murder, a new chapter in American law is being written to determine whether this type of bizarre recording is a confession to murder.

We have had many conversations with exorcists and paranormal experts and there's a consensus that evidence of some possessions will be manifested through bodily functions. Belching, vomiting, excretion of bile, diarrhea and spitting have all been recorded as events during countless exorcisms over the centuries.

The accidental audio captured while Durst was in the restroom captures in nauseating detail the sounds of a human body violently expelling something...

Although thousands of headlines have been written about Durst's 'confession', we at GVN believe we hear something quite different - We do not hear the psychotic ramblings of a murderer talking to himself in a bathroom stall... We believe we hear an actual conversation between a man and his demon, a demon we have come to name "The Jinx" as this is what the documentary had been titled before discovery of the confession audio, and there are no coincidences...

You can decide for yourself in the transcribed audio below.

The transcript of a recorded conversation between a demon and Robert Durst took place in a bathroom during the shooting of a documentary (transcript of the audio below):

Durst - "They're right of course, but you can't imagine"

Durst - "I am having difficulty with the question - What the hell did I do?"

Demon - "Killed them all, of course!"

You can learn more about the Durst cold-case and the filming of "The Jinx" (now available on DVD) here: Hampton Roads Review of The Jinx